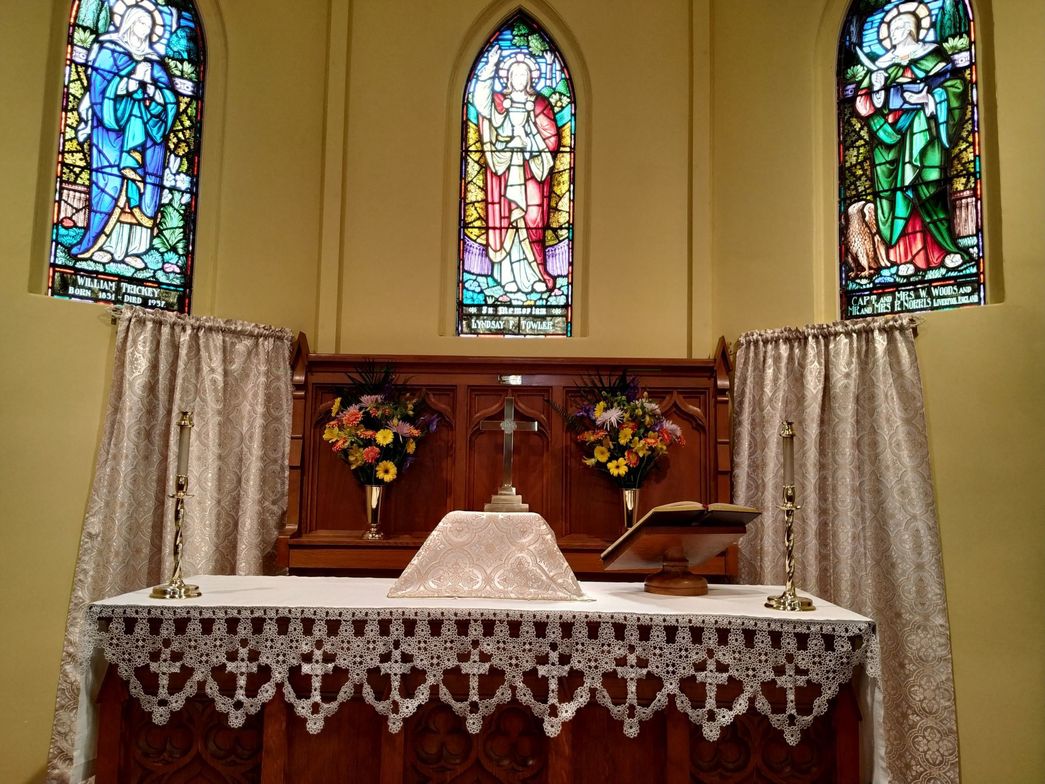 The Anglican story is a long story of which this is a brief sketch:

As with any Christian story, it begins with the birth, death, and resurrection of Jesus Christ. It continues in the life of the early community spreading across the Mediterranean world until it crosses the English Channel, then to become part of those islands. Augustine, Patrick, Julian of Norwich, John Wesley, William Temple are all part of our story.

Down through the centuries, there were many developments in the Christian faith and life. In the 4th century Christianity moved from the margins of Roman culture to become the official religion of the Empire. In 1054, it divided into the Western Catholic and Eastern Orthodox worlds. In the 16th century, the age of European Reformation, the Church in England broke ties with the authority of Rome and established an independent existence as a church both reformed and catholic.

In 1578, Robert Wolfall held a service on an English ship in Hudson’s Bay and another chapter began which would eventually see Anglican churches from the Atlantic to the Pacific. In 1788, Charles Inglis was consecrated Bishop of Nova Scotia. Today, in addition to the Anglican Church of Canada, there are 33 other self-governing churches in our Anglican Communion spread across 164 countries who embrace 23 languages..

Anglican Christianity has always tried to balance the many ways by which we understand, embrace, and respond to the mystery of God. We have inherited three great gifts: the Bible, the Sacramental experience, and the community of faith. We believe that God is a God of self-disclosure (revelation). We seek to understand that revelation by our reason, to respond to it with our love, and to act upon it in our lives. We believe that Christian faith is a many splendoured gift of our Lord, which can grow richer and lead to fullness of life.

St. Michael’s strives to be an open and affirming place where individuals and families can explore and live into the love of God.

Subscribe to receive email updates with the latest news.