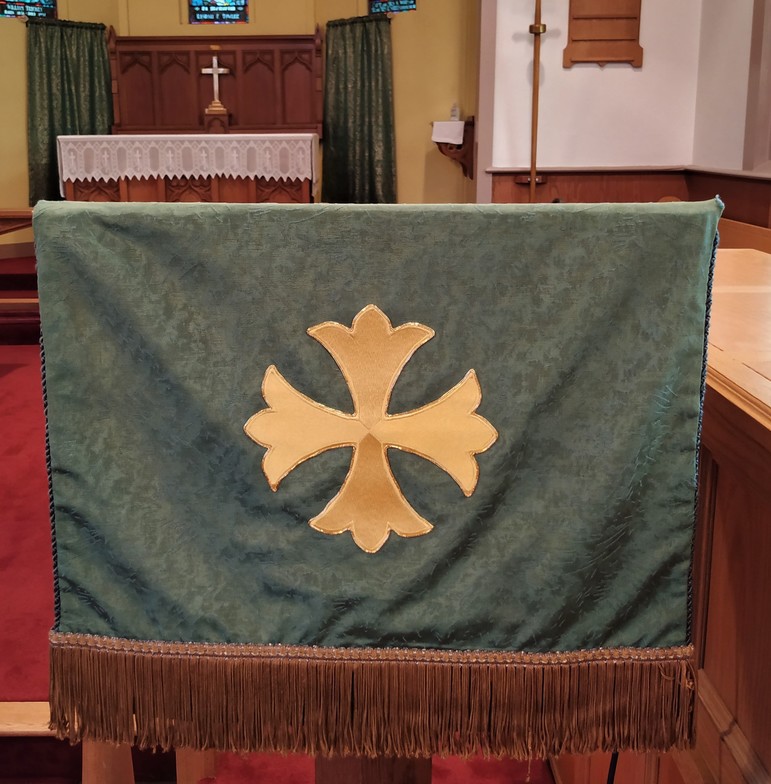 The LORD answered Job out of the whirlwind: "Who is this that darkens counsel by words without knowledge? Gird up your loins like a man, I will question you, and you shall declare to me.

"Where were you when I laid the foundation of the earth? Tell me, if you have understanding. Who determined its measurements--surely you know! Or who stretched the line upon it?

On what were its bases sunk, or who laid its cornerstone when the morning stars sang together and all the heavenly beings shouted for joy?

"Can you lift up your voice to the clouds, so that a flood of waters may cover you?

Can you send forth lightnings, so that they may go and say to you, 'Here we are'? Who has put wisdom in the inward parts, or given understanding to the mind?

Who has the wisdom to number the clouds? Or who can tilt the waterskins of the heavens, when the dust runs into a mass and the clods cling together?

"Can you hunt the prey for the lion, or satisfy the appetite of the young lions, when they crouch in their dens, or lie in wait in their covert?

Who provides for the raven its prey, when its young ones cry to God, and wander about for lack of food?

Refrain: Lord, how manifold are your works! in wisdom you have made them all.

Bless the Lord, O my soul; O Lord my God, how excellent is your greatness! you are clothed with majesty and splendor. You wrap yourself with light as with a cloak and spread out the heavens like a curtain. (R)

You lay the beams of your chambers in waters above; you make the clouds your chariot; you ride on the wings of the wind. You make the winds your messengers and flames of fire your servants. You have set the earth upon its foundations, so that it never shall move at any time. (R)

You covered it with the deep as with a mantle; the waters stood higher than the mountains. At your rebuke they fled; at the voice of your thunder they hastened away. They went up into the hills and down to the valleys beneath, to the places you had appointed for them. You set the limits that they should not pass; they shall not again cover the earth. (R)

O Lord, how manifold are your works! in wisdom you have made them all; the earth is full of your creatures. Hallelujah! (R)

Every high priest chosen from among mortals is put in charge of things pertaining to God on their behalf, to offer gifts and sacrifices for sins. He is able to deal gently with the ignorant and wayward, since he himself is subject to weakness; and because of this he must offer sacrifice for his own sins as well as for those of the people. And one does not presume to take this honor, but takes it only when called by God, just as Aaron was.

So also Christ did not glorify himself in becoming a high priest, but was appointed by the one who said to him, "You are my Son, today I have begotten you"; as he says also in another place, "You are a priest forever, according to the order of Melchizedek."

In the days of his flesh, Jesus offered up prayers and supplications, with loud cries and tears, to the one who was able to save him from death, and he was heard because of his reverent submission. Although he was a Son, he learned obedience through what he suffered; and having been made perfect, he became the source of eternal salvation for all who obey him, having been designated by God a high priest according to the order of Melchizedek.

James and John, the sons of Zebedee, came forward to Jesus and said to him, "Teacher, we want you to do for us whatever we ask of you." And he said to them, "What is it you want me to do for you?" And they said to him, "Grant us to sit, one at your right hand and one at your left, in your glory." But Jesus said to them, "You do not know what you are asking. Are you able to drink the cup that I drink, or be baptized with the baptism that I am baptized with?" They replied, "We are able." Then Jesus said to them, "The cup that I drink you will drink; and with the baptism with which I am baptized, you will be baptized; but to sit at my right hand or at my left is not mine to grant, but it is for those for whom it has been prepared." When the ten heard this, they began to be angry with James and John. So Jesus called them and said to them, "You know that among the Gentiles those whom they recognize as their rulers lord it over them, and their great ones are tyrants over them. But it is not so among you; but whoever wishes to become great among you must be your servant, and whoever wishes to be first among you must be slave of all. For the Son of Man came not to be served but to serve, and to give his life a ransom for many."